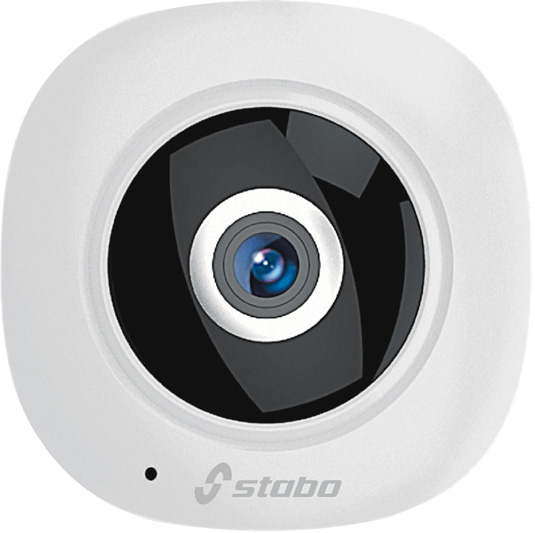 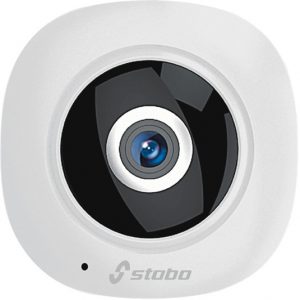 Keep a close eye on your home no matter where you are in the world**surveillance camera for indoor applications with 360° all around view. WLAN indoorcam_fisheye 360° is stabo’s first network camera providing the user with a 360° angle of view. Thus, the observer permanently keeps a close eye on the entire monitoring area. In combination with the night vision function, detailed images are provided at any time thanks to the integrated fisheye lens and the HD resolution (960p). Further views and functions like panoramic, double panoramic or quad view are controlled through the app* which is available for free. In addition, the app controls panning, tilting and zooming of the image area. An automatic, digital 360° panning function slowly moving over the entire image area furnishes undistorted views. If the movement detection of the camera detects an activity, an immediate notification (push notification) is sent to a smartphone. The corresponding video or photo is stored on a microSD card with max. 128 GB (not included in the scope of delivery). Manually recorded photos and videos are stored on the smartphone. The built-in loudspeaker and integrated microphone enable listen-in and intercom functions. A traditional network cable can be used for connecting the camera to the router. The compact indoorcam_fisheye 360° can quickly be mounted on a wall or ceiling. Thanks to its easy installation (plug & view), the setup is without any problems.